The Flip by K.L. Montgomery
My rating: 5 of 5 stars

The Flip is the second book in the Romance in Rehoboth series by K.L. Montgomery, and it s a contemporary romance novel. The story is about a young man named Andrew or “Drew”, and a woman named Sonnet, who are both 29 years old, have known each other since they were young children, and used to hang out at Andrew’s Great Aunt Penny’s house after school and all day during the summer. Sonnet and her parents used to live next door to Penny until her parents sold the house and moved to Florida while Sonnet was in college. Aunt Penny recently died and left her house that is a couple of blocks from the Rehoboth Beach to Andrew and Sonnet. Andrew and Sonnet were “mortal enemies” when they were growing up. Andrew used to tease Sonnet all of the time, especially when his friends were with him. As they got older, Andrew developed a crush on Sonnet, but he would never have let her know about it. Sonnet was a bit overweight, had acne, frizzy hair, and wore thick glasses, back then but she has always been very smart. Sonnet was her high school class’ valedictorian, with Drew coming in second by only a hair. Drew was naturally smart, never having to study, he was the quarterback on the football team, and he could make friends with just about anyone. On graduation day, as Sonnet was walking up to the podium to give her valedictorian speech, Andrew stuck his foot out and tripped Sonnet, causing her to fall across the stage. Sonnet was extremely embarrassed, but she got up and gave her speech, but she’s hated him ever since. Andrew is not too fond of Sonnet either since she always has to be right. When he sees her in the lawyer’s office he is shocked, one of the reasons being because she is so beautiful that he almost doesn’t recognize her. Sonnet has lost a lot of weight, her hair is straight, her skin has cleared up, and she is wearing contact lenses. Sonnet recognizes Drew but he is not as fit as he had been when she last saw him, in fact he’s actually put on a few pounds since high school. After the lawyer gives them each a key to Penny’s house, they realize that if they both want to get the house sold and split the money between them, they must somehow learn to get along and restore this house together. Can Sonnet and Drew get along long enough to flip Aunt Penny’s house?

I really enjoyed this novel from K.L. Montgomery. The chapters were written in Andrew and Sonnet’s point of view which gives the reader a unique insight into what the characters are thinking. All of the characters that we meet in this book have depth and are interesting. The story is interesting, entertaining, is not predictable, and sometimes caused me to laugh out loud. I highly recommend this novel. 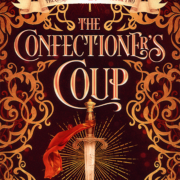