Transformations by Cari Schaeffer
My rating: 4 of 5 stars

Transformations is the first book in The Shifter Series by Cari Schaeffer. It is a paranormal shifter story with a bit of a twist. It has quite an original premise and is definitely not the usual shifter fare. I was intrigued by what the story would reveal, and curious to see where everything would lead. This is a tale of a feud between two powerful shifter families that has spanned many generations and hundreds of years. No one really knows exactly what happened to cause the war between them, but the battle lines are still drawn and tensions continue to this day! All of this is woven around a interesting coming of age story.
The story is told from several points of view which really help to build the bigger picture. There was a lot of information and characters, and at times I did question whether ALL of the information and scenes were necessary, as some of the details seemed unwarranted and superfluous to the story.
We meet Katherine Wolff (Kat) and her quirky, close-knit family. At seventeen, she’s one of the younger members of her clan. Her abilities have yet to emerged and she is both expectantly wondering what her ‘powers’ will be, and wishing that she could just be ‘normal’. It’s been many years since the Wolff’s have encountered their enemy, the Barotkoff family- but it’s expected that they will eventually strike again.
When a handsome and mysterious stranger pops up with a warning that the Wolff’s are in peril, it doesn’t take long before things take on a dangerous turn. It turns out that the mysterious stranger is in fact part of their rival family. Christopher Barotkoff swears he is nothing like his family and only wants to help the Wolff’s. But can they really trust him? Is there something more to his sudden appearance? And when things start to heat up between Kat and him, can she trust him with her heart?
The story had some great banter, funny quips and antics which added another element of entertainment to the overall storyline. This book has very long chapters and the story was a little slow to get going. I felt there was too much time spent on character introductions and exploring the Wolff’s family dynamics, and life. I didn’t feel like the ‘story’ actually started till about the 9th chapter. The book ends on somewhat of a cliffhanger and I will definitely be reading the next book, “Transgressions”, to see how everything turns out.

Review by @angelahayes
View all my reviews 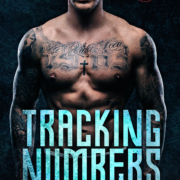 Sex-O-S; The Tragicomic Adventure of an Italian Surviving the First Time (Italian Teens, novel 2, The Italian Saga) by Gaia B Amman – Review by Laura Furuta

Surviving the Storm by Virginia Wine – Review by Kerry Baker

Follow Us!
A Monster Like Me (Heart of Darkness, #2) by Pamela Sparkman – Review... Repressed (Ash Park Series Book #3) by Meghan O’Flynn – Review by...
Scroll to top