The Catch by Phoebe Alexander
My rating: 5 of 5 stars

The Catch by Phoebe Alexander is book 2 in The Eastern Shore Swingers series. From what I can tell so far, the books can be read as standalones.

The Catch has a few characters in it from book 1 and was just as good as book 1 of not better. The characters that The Catch focuses on is Paisley Parker and Calvin Mitchell.

Paisley has been alone for many years. She has no family and everyone in her past knows her by a different name. Calvin is about 10 years younger then Paisley and has a loving family. When Calvin and Paisley meet it’s because she hires him to design a website for The Factory. Not only is Paisley being groomed to be the manager but, she’s 100% in the lifestyle. When Calvin makes it known that he is interested in a relationship, she says no because she is not a relationship kind of person.

When Paisley gets an email from the website demanding money and calling her by her old name, she knows her past has caught up to her. She’s afraid The Factory will be found out if she doesn’t adhere to the demands. Things get much worse as time goes on. Their website is hacked and Paisley has no choice but to have Calvin take the website down. Paisley never cared much about anyone but now when her new friends business is threatened, she needs to deter whoever is after her.

I thought this was a great addition to the series. You will never guess who is after Paisley and why? At seventeen years old she fled to NY for a better life never expecting to face her past. This is a book you won’t want to pass on. 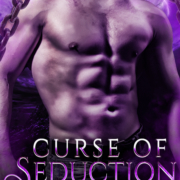 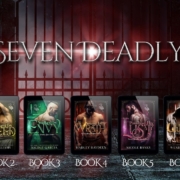 Around Midnight by Zarina Macha – Review by Dawn Daughenbaugh

Joined: Book One by Mara Gan – Review by Naomi McDonald

Follow Us!
Alterations Trilogy: Alterations, Game Changer, Primal Will by Jane Suen –... The Only One by Necie Navone- Review by Amber Lange
Scroll to top