Reckless – An Anthology by Mika Jolie
My rating: 5 of 5 stars

This is a steam…steam….steamy group of stories. These are four stories In this book. There are three new to me authors and one whose stories I deeply enjoy. The first two are May-December romances. The third one is a dating site romance and lastly is a little action as a spy story.

All of these stories were well written and all the characters were interesting. One thing I enjoyed in all these books was how the theme of Reckless ran through them. Whether it was a person or an action, it was woven in well. Each book had some type of drama and a few made me chuckle. I am not a usual fan of May-December romances. But these were nicely done and covered a few of the issues I have with them. Although being rich might help sway some of those problems or maybe not. Dirty Martinis by P.M. Carson had me tearing up a bit. I enjoyed these characters because I really felt they took a chance and put themselves out there. The Spy who Kissed Me by Sharla Lovelace had some action and suspense which I love in a book. Plus some lovely military peeps. My favorite is Layla’s Chance by Mika Jolie. It was nice going back to visit the characters in her Martha’s Vineyard series. Last but certainly not least is Into the Deep by Kylie Stewart. This is a deliciously enjoyable and fast paced story.

This book covers quite a few different themes with one main one running through all the stories. These stories have fierce, independent females and strong, alpha males. They were all enjoyable and I would recommend to any reader who likes some spice with their story. 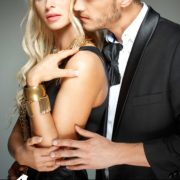 The Mourning Islands by Douglas Wells - Review by Sheri Schrader

Ailey of Skye by Wendy Hewlett - Review by Michelle Austin