A Talent for Trouble by Landra Graf
My rating: 4 of 5 stars

A Talent For Trouble is the first book in the Bad Boys of Space Series by Landra Graf. This is the first book that I have read by Ms. Graf, so I wasn’t sure of what to expect going into the story. The story proved to be a well written, interesting and entirely entertaining space adventure, with romance, a little mystery, some suspense, danger, gun fights and battles, and wonderfully quirky characters.
Emilio Morales has a bit of a reputation as a lady’s man and bad boy- as a drug runner that reputation comes with the territory. He has dreams of running his own operation, which leads him to make a deal with the most dangerous supplier in the universe. There is a lot riding on the outcome of this one deal, it will either make him or break him. He was expecting some trouble, but he never expected his business partner to turn the tables on him. Which then leads to Emilio drifting in space on an inoperative ship, with only a few hours of oxygen left, and a beautiful, feisty woman as his companion.
Antonia Smith (Toni) hasn’t had a lot of luck lately. She’s on a mission to find her ship and had a plan in place. But when she finds herself in the middle of a dangerous confrontation, things begin to take a turn for the worse. Forced to jump on the nearest ship, she soon finds herself marooned on a damaged vessel with an annoyingly handsome runner, who seems to know just how to press all her buttons. What ensues makes for a really fun read.
I enjoyed this story and recommend it to anyone who likes a great, romantic space adventure. I will definitely be reading more of Ms. Graf’s work in the future. 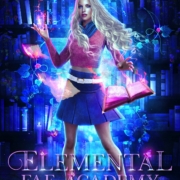