Infamy. An evil or wicked act. Terrorists bent on revenge have found a way to make planes disappear from the sky, without a trace. And when one winds up buried in a Wisconsin cornfield, it’s a race against time to rescue the passengers from certain death.

When international law attorney Sheikh Harun Ali is lured to the Amazon and warned of a frightening plot against the United States, he and his wife, Marianne Benson, enlist the assistance of their neighbors, covert agent Cade Matthews and his wife, Constitutional Law Professor Janet MacLachlan. Ultimately, these feisty lawyers are pushed to the wall, desperate to find a plane that has been buried in an unknown cornfield, the passengers still on board. The terrorists’ hatred for the Alis is absolute—the Alis once left their organization bankrupt and broken—but they hate America more. And their fiendish games are just beginning. They are seeking a much bigger prize, one that could destroy a nation and possibly the world. An act that will live in infamy.

Seelie Kay is a nom de plume for a writer, editor, and author with more than 30 years of experience in law, journalism, marketing, and public relations. When she writes about love and lust in the legal world, something kinky is bound to happen!  In possession of a wicked pen and an overly inquisitive mind, Ms. Kay is the author of multiple works of fiction, including the Kinky Briefs series, the Feisty Lawyers series, The Garage Dweller, A Touchdown to Remember, The President’s Wife, and The President’s Daughter.

When not spinning her kinky tales, Ms. Kay ghostwrites nonfiction for lawyers and other professionals. She resides in a bucolic exurb outside Milwaukee, Wisconsin, where she shares a home with her son and enjoys opera, gourmet cooking, organic gardening, and an occasional bottle of red wine.

Ms. Kay is an MS warrior and ruthlessly battles the disease on a daily basis. Her message to those diagnosed with MS:  Never give up. You define MS, it does not define you! 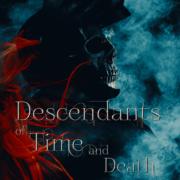 Descendants of Time and Death (The Gods’ Scion) by Winnifred Tataw

2am Secrets by M. Piper – Review by Debi Kircher