Appearances can be deceiving. And in Southern California, where the sun shines almost every day and make-believe has its own industry, it’s hard to tell what is real and what is merely illusion. Two inquiries come to MDPI on the same day that seem like fairly straight-forward missing person cases. But it doesn’t take long to discover there’s nothing ordinary about the disappearance of two beautiful sisters from Minnesota and an estranged heiress who has never touched her eight-figure fortune.

While Madeline’s partner, Mike Delaney, heads down to Los Angeles to search for his cousin’s vanished girlfriend and her sister, Madeline heads to San Luis Obispo in hopes of picking up a twelve-year-old trail at a Catholic boarding school. Their separate pursuits lead them into a world where a frightening reality hides behind a glossy veneer. With several lives hanging in the balance, Mike and Madeline are faced with daunting odds and ruthless criminals who will kill to keep what they have taken.

I remembered a quote by Hemingway, “Write about what you know.” With this mandate, I chose the time spent living with my husband in the French Quarter of New Orleans as the backdrop for my story. I typed out my first two paragraphs on my forty-third birthday. I finished that book on my next birthday, and started my second the same day. I now consider those my “practice books”.

Finding Ruth was inspired by a previously unseen photograph of my mother taken when she was nineteen. I found it as I was going through her things prior to her move into a skilled nursing hospital. That gorgeous photograph of her looking so happy and full of promise made me realize how little I knew about her life before I came along. Because Alzheimer’s has taken away all her memories, I painstakingly reconstructed her life from public records, thousands of photographs, and what my brother, sister and I could remember. The message in the tribute to my mom is Ask while you have the chance.

As of this writing, I have just completed the fourth book in the Madeline Dawkins mystery series. I’m still in love with writing and I still squeal with joy to think that I’ve written eleven books and self-published nine of them. If there is a message in this, it’s Never discounts what you are capable of achieving. 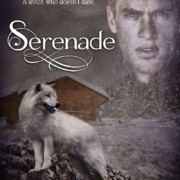