The Traveler: Chimera Rebellion (The Book of Eleanor Book 1) by Shannon Nemechek

As a self-professed book nerd, Army Major Katie Butler has hunted many rare books in her lifetime.

While on leave in Savannah Katie visits with a voodoo priestess who tells the story of Eleanor MacAllister and a long-lost book, claimed to be cursed. With her curiosity piqued,

Katie is determined to find the lost book and reveal the secrets it holds.

What she finds could change everything.

Swept back in time, Katie suddenly finds herself immersed in a country at war with itself. Determined to find her way back home, her plans begin to change when she meets the dashing Confederate officer, Captain Colm O’Donnell.

Captain O’Donnell despises slavery and when his father leaves him the family plantation, Colm immediately sets out to make changes. Having devoted his life to military service and his family’s plantation, Colm has very little time for anything else. With his country embroiled in war, he has even less free time.

Until he meets Katie Butler.

Convinced the pretty young woman with sable hair and big blue eyes, is a spy, Colm is determined to find out the truth.

Will their secrets destroy the love they have found? Or, will they find a future together?

Shannon is a multi-genre author who writes, Military, Contemporary, Historical Romance and is working on her first Fantasy series.

Shannon started her writing career while still serving in the US Army.

Shannon grew up in Macomb, IL where she graduated from High School in 1987 and soon after joined the US Army. Shannon served from 1987 to 2015 during Operation Desert Storm and during Operations in Iraq and Afghanistan.

In April 2015 Shannon retired from the US Army with 23 years of service as a Unit Supply Sergeant. She is a mother of 4 children and a grandma to 2 beautiful Granddaughters. She has been married 26 years to her husband, Ken. They reside in Staunton, IL a small town along Old Route 66. 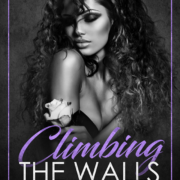 The Memory of Us by Lisa Sorbe – Review by Lyndsey Fairley