Cover Designer – Molly Phipps. We Got You Covered 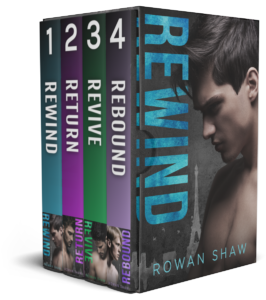 Take a journey to France in this LGBT adult series focusing on love, diversity, bisexuality, and own voices.

The day Enzo Chevalier lost his hearing, everything changed. Forced to rebuild his future and fight for his dreams, Enzo refused to let anything take him down…until the man of his life walked out on him and shattered his heart.

Florian Beaudry had his whole life figured out. His business was flourishing and everything was settling down at last. Or so he believed…until he walked in on his girlfriend and best friend.

Were they truly meant to get a second chance or were they doomed from the start?

Unable to find an apartment he could afford in Paris, Raphaël Diop had no other choice but to move in with the enigmatic Adrien Dupuis, a charming man with many secrets.

If cohabitation seemed like a bad idea from the start, things only got worse when Adrien acknowledged his attraction to Raphaël, making an offer difficult to resist.

But sleeping together wasn’t an option for Raphaël, not when it might cost him the only place where he could live.

Could they truly ignore their desire for each other, or could Raphaël believe that one night together might be worth risking it all?

To Patrick Lefèvre, nothing matters besides his family, his friends, and sex. He isn’t cut out for relationships, and everyone knows it.

Since his divorce, Brandon Smith has had a lot going on. There’s no time for hookups or one-night stands. Not until he meets Patrick—a man as elusive as he is gorgeous.

Little does Brandon know that the man he just slept with is his new therapist. And his appointment is tomorrow.

Can Patrick and Brandon deny their deep attraction and develop a normal client/therapist relationship?

Can they limit themselves to hooking up once—or should they give their passion one more chance?

After all, what harm could come from one more night together?

Bisexual YouTuber Noah Perrin had everything he could dream of. His channel was thriving, and his ten-year relationship with his boyfriend Hugo was rock solid—or so he believed until Hugo dumped him.

Completely lost, Noah watched as his life began to fall apart—until one phone call to his best friend and ex-lover Adrien Dupuis changed everything.

Would Noah expose himself to more pain by moving in with Adrien—a man he’d always desired but could never have—a man already tied to somebody else?

Noah would have never guessed he’d find support in a woman from Adrien’s entourage—a woman who makes him an offer he cannot refuse—a chance to finally be himself, to finally be happy.

Was this offer the opportunity he’d always dreamed of or was it just another dream meant to fail and break his heart? 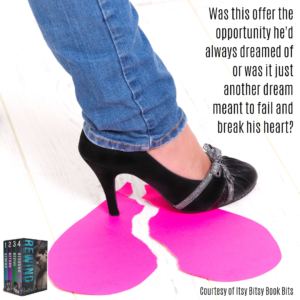 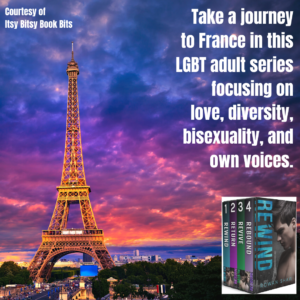 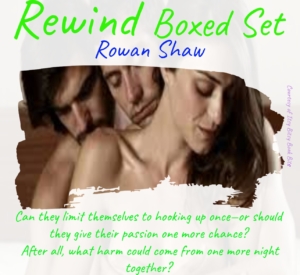 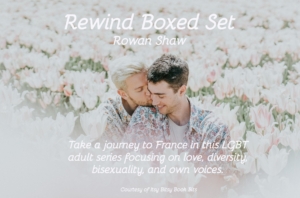 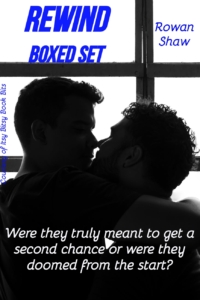 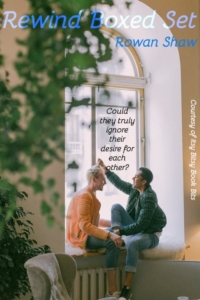 Rowan Shaw is the queer author of REWIND, a bisexual romance series set entirely in her home country, France.

Her writing is own voices when it comes to bisexuality, queerness, and French culture.

Addicted to reading and writing, Rowan can usually be found with a book in her hands or sitting in front of her computer, typing while listening to music from the 80’s.