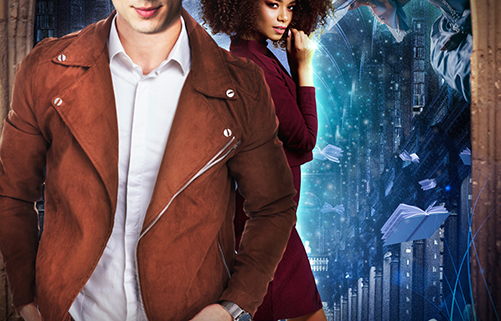 To pay her Fairy Debt to a Doppleganger, Brigit is told to spy on her fellow college classmates. But no one tells Brigit what to do.
When truth is the only way to win, she and Logan will take on a vain Fae chancellor, a hard-headed librarian, talkative ghosts, and a shape-shifting creature from Outside.
If the administration can’t protect the books, this dryad and her friends will.
Returning with Brigit and Logan, is a new student: a girl nerd and her dwarf flying squirrel, who happens to love revealing secrets.
A YA FANTASY Coming-of-Age series described as: “fast paced and entertaining,” “new and fresh,” with “creative and clever world-building.”

After gaining her B.A. degree in journalism in the year of the oil bust and 21% unemployment, Byrd scraped what some people called a living (she called it working starvation) employed as a reporter for a bunch of newspapers you never heard of in rinky-dink small towns.

Working the cop and school beat, she enjoyed the excitement of being underpaid by the sexist owners of newspapers while having her life threatened by a vagrant.

After her life wandered about, working as a museum director, horseback riding instructor, and kid’s party planner, she decided enough was enough.

Always writing, the many stories in her head are now given permission to fly free.

Follow Us!
Imposter: An Ash Park Novel (Volume 7) by Meghan O’Flynn – Review by...