Fall of the Western Kings by J. Drew Brumbaugh
My rating: 5 of 5 stars

This book starts with Gant, a commoner and resident of a small village where he lives with his parents and helps his father as a blacksmith’s apprentice, where, on his way back home after his swordship training with his uncle, he comes across a friend of his being manhandled by a noble, whom he defends. The fact that he laid hand on a noble and he is only a commoner means he has to leave all that he has known behind, for the life of an outlaw. As he hurriedly packs some essential things and wishes his family and friends a hasty goodbye, he departs for the neighbouring kingdom and escapes from the ramifications of his crime.

As Gant is travelling, his thoughts turn to what he has done and how he may never be able to see his family and friends again, he doesn’t regret what he has done, just feels sadness that this is the result. Suddenly, he sees a figure running over a hill behind him and smiles as he is joined by his best friend and as much as Gant tries to get him to turn back, he refuses and insists on going with Gant. This lightens the load on Gant’s shoulders and he begins to smile and feel relieved that he won’t be on his own, at least for now.

As the two friends walk towards their next destination, they talk about what is going to happen back home and then onto current events within the kingdoms and how it might affect the one they have just left and talk of an upstart invading and taking control of another neighbouring kingdom. Later on in the evening, the noble finds Gant and his friend and threatens them, though his words perturb them and they discuss it after he leaves.

The next day, they arrive at their destination and begin their new lives and get into new routines of work and sparring training, this is until trouble find them and a new journey begins where they will find new friends, old enemies, evil and darkness, good and light and in every way, shape and form, their lives will be changed, but will all this change them as well?

This book is a fantastic work of fantasy and left me wanting to read more, as I hope it will for you. 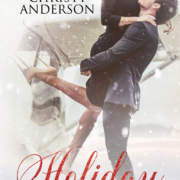 Caught in Make-Believe (The Caught Series, #3) by Sharleen Scott – Review by Sarah Oakes

Caught by Him by Tammy Mannersly – Review by Rosanna Ingram

Follow Us!
Kickflip Summer by Danielle Jacks – Review by Sara Oxton Reign (The Larussio Legacy Book 3) By Via Mari – Review By Stacey Bax...
Scroll to top