Arrows Tipped with Honey by Jean Gill
My rating: 5 of 5 stars

Mielitta is now the Queen of the Warrior bees after the battle for the Forest and she and her bees are settling to their new life with two of her friends as the other settles back into life in the Citadel, meanwhile the Council are reporting what happened to the rest of those living within it, while also spinning it in the light of their victory and the fact that those they paint as traitors are still alive, as well as the noble sacrifice of their Chief Mage, what they don’t say is how he died Mage-Smith Kermon is adjusting to life back within the Citadel and he is missing it and his friends greatly, but he spends his first few days back creating the system he needs to connect with them again and while he is completing this task, he learns about the old transition test from childhood to adulthood as he does this.

When Mage-Smith Kermon successfully contacts Mielitta, he is feeling a barrage of emotions and finds it hard to concentrate on the words being said, even though there isn’t much to report this first time, so when a messenger announces that his presence has been requested at a meeting, they cut off the call and he agrees to contact them again when he has more news. Life in the forest continues as they learn the ways of the Forest and its inhabitants, they decide what tasks they need to complete first with guidance from the bees and go out to forage and hunt before finding somewhere they will feel safe as a home base, that is until Mielitta is summoned by her bees to help the hive, but when she arrives, she realises that it is her that needs the helps and so she experiences life as a worker bee to help her to recover from the battle. As the Council meet to replenish their numbers and choose those to replace the ones they lost, they have to adhere to the blood made in the Forest with Mielitta, even though they don’t necessarily agree with it, so they elect people who they feel will fit with the demands, yet still bend to their will, as well as how to commemorate the Chief Mage’s father with an award for going into the walls and helping Perfection to continue with what they find. After that has all been decided, the Chief Mage announces that Mage-Smith Kermon will devise the new transition test and that to do this, he will be going into the walls and at the same time, be the first recipient of the newly created award.

As their lives continue and they all adjust to their new roles, Mage-Smith Kermon enters the wall, but as well as finding the information needed for the new test, he also discovers the more malevolent side to them and when he returns to complete his reports, both for the Council and for Mielitta, something has changed, even though he cannot put his finger on what it is. Will Mage-Smith Kermon be able to continue his double life and still keep his sanity and loyalty intact, or will the web of lies, subterfuge and this mysterious malevolence destroy everything that he, Mielitta and the rest of their group have worked for? This is another journey of secrets, discovery and balance, which propels you along as the revelations come in thick and fast.

Reviewed by @roxsannel
a
View all my reviews 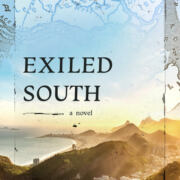