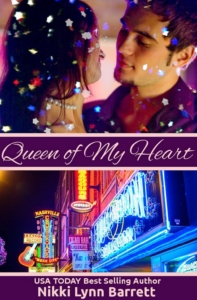 When the next King of country music offers to take you under his wing, what’s a girl to do?
Pinch herself, of course. Repeatedly. Then take the offer!
Quinn Winters is tired of being the actress known for most killed off characters. After discovering her love of music when her last role portrayed a country singer on a daytime soap opera, she’s making a much needed change in life. Quinn is unprepared for the demands and expectations needed to succeed in Music City. One pleading call from her sister puts her in an all too familiar, but unwanted position.
Five years ago, Tucker McGinnis auditioned for a reality singing show, never expecting to win. His sudden fame and popularity comes as a major surprise. After a multi platinum debut, his second album is suffering the dreaded sophomore jinx. His musical muse becomes elusive when guilt plagues him over an accident which affects his family. He is blown away by Quinn when he overhears her audition at his record label, singing his most personal song.
An attraction builds, and a connection through music is formed. But when life gets in the way, Tucker makes another offer – A temporary marriage which will benefit both of them, until things become too real.
Two souls destined for the stage, two hearts blending together to create beautiful music as individuals, but even better as country music’s next power couple- if they can shed the images of who they used to be. 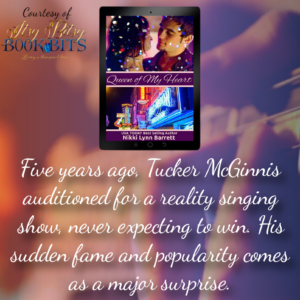 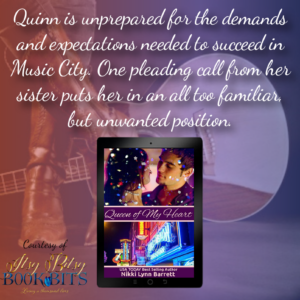 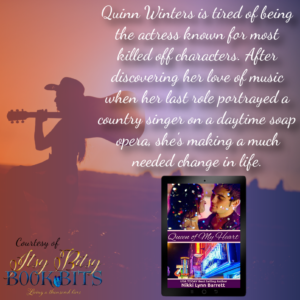 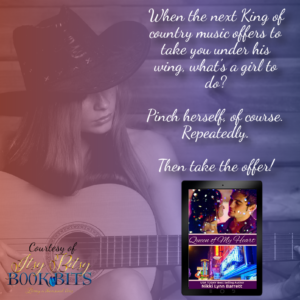 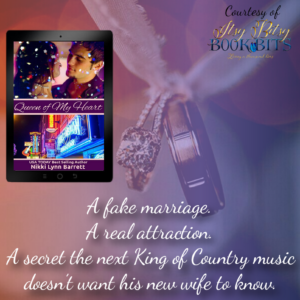 No matter where she goes, USA Today Bestselling author Nikki Lynn Barrett hears voices in her head. Instead of calling her crazy and locking her up, her family realizes it’s just a product of being an author and allows her to write the stories so that the voices shut up.

But they don’t. And probably never will. There’s no need to lock her up, Nikki knows she’ll never escape the voices, not until each and every last story is written. And for every story she writes, about ten or more ideas pop up.

When she isn’t slaving away at her computer writing books that will probably make you cry and keep you in suspense, Nikki plots to take over the world one book at a time. What? It’s a sickness. One she can’t escape!

Books aren’t her only addiction, though. Nikki can be found making up parodies to drive her son crazy, and bantering back and forth with her husband, who somehow manages to steal her away from the fictional world she lives in all the time.

Nikki lives in Arizona with her husband and son, where she can be found using every creativity outlet she can find through music, photography, handcrafted things, and random interests that she may pick up from time to time.