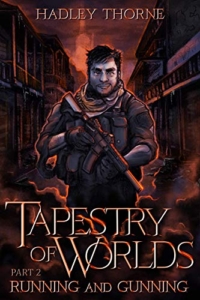 The world lies ruined – brought to its knees by pandemic and the bloody destruction wrought by the notorious cyberterrorist known only as the Black Queen. Yet the Black Queen reigns over more than just technology. In addition, she wields supernatural powers with the ability to warp magic and technology together to further her unholy mission: To tear apart the barrier between this world and the next and unleash unthinkable corruption upon the souls of man.
Only one force stands in her way: Jason “Ransom” Mcllwain, his best friend Cash, and his team of elite paramilitary shifters – each able to pierce the veil between this world and the next. 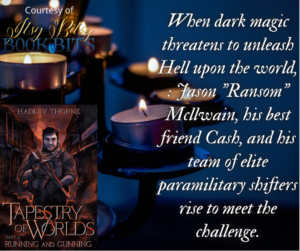 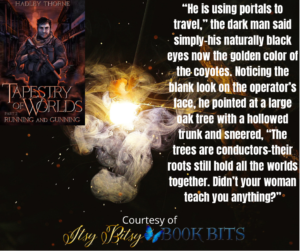 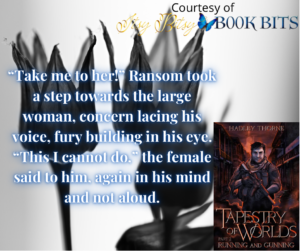 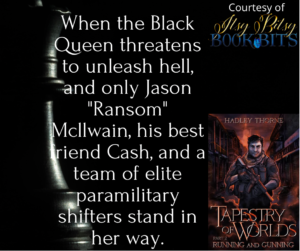 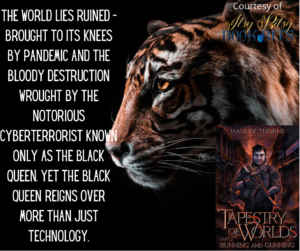 Hadley Thorne was born in the great state of Mississippi, self-identifies as a steel magnolia, and

reads Zombie fiction to deal with anxiety and stress. Some of her favorite movies are Big

Trouble in Little China, Flash Gordan, and the Evil Dead. She believes laughter is the best

medicine, music is food for the soul, and that everything you need to know about someone can

Before the pandemic, Hadley enjoyed spending time with the family of friends she has created

re-enactment or renaissance fairs. Besides hiking, she loves spending time in her garden,

exploring all things spooky and strange, and learning about dreams, energy healing, and

Ultimately, she believes finding magic in everyday life is a necessity. Due to this, she does her

best to weave spectacular tidbits of truth, myth, and legend into the same magical realism she

views the world with. Through her writing, she hopes to create a mythic world kindred spirits can

escape to, at least for a few hours.

When not writing and researching the Tapestry series, Hadley works with Producer Lauren

featuring the Wyrd Ink Sessions, and the Wyrd Realities YouTube Channel.Find her on social