Tally and the Angel : Book One India by Eleanor Dixon
My rating: 5 of 5 stars

Tally is a thirteen year old girl who has just lost her mother, she is distraught even though she knew it was coming and her dad feels the same, but when he talks about a future without her, what he describes seems like the worse thing that could happen to Tally, he wants to leave her behind as a boarding student at her school, but she end up telling him exactly how awful it is there and why, she held back before so she wouldn’t worry her mum, so when she asks her dad to take her with him, he agrees to consider it. After this conversation, he gives her a letter and a gift from her mum, in the letter Tally’s mum tells her about what is in the box, it turns out that it is a pendant of the Angel Jophiel and that it will protect and guide her throughout her life until it is ready to be passed to someone else as it has been passed to her. All Tally wants to do is cry herself to sleep, but she is drawn to the small marble angel which looks so real, so she slips it over her head as she falls asleep and feels like she is surrounded by feathers as she sleeps.

As the time passes and she gets used to the idea of her changed circumstances, her dad tells her that she can go with him on his travels and continue her schoolwork as they go, he then tells her that he has been asked to go to India to help a colleague out and that they will leave in the morning, so Tally heads to her room to pack. As she is doing this, he thoughts go to her school friends and how she wants to rub it is]n that she doesn’t have to go to school anymore, it is at this point that the Angel Jophiel begins to talk to her and adminish her for her thoughts and this is where their companionship and friendship start, he will answer whenever she calls to him, be in out loud or in her head and he will support and guide her as she explores the world with her dad.

Once all the arrangement are made, Tally and her dad set off for India, it is Tally’s first time flying and she is more than excited and this stays that way when they land, they are met at the airport and taken to the house they will be staying in, this is where Tally meets her dad’s friend and the lady who will be looking after them. After she unpacks, Tally walks round the garden and as she is talking to her Angel, she runs into a boy called Balvan who she talks to and invites to meet her dad when she mentions going to the Taj Mahal the next day. As the four talk, they find out about a case the local police are working on surrounding children going missing around India, so they are warned to take care and not go anywhere by themselves, but Tally is fine with this and agrees to it.

The next few days are taken up with schoolwork in the mornings and sightseeing in the afternoons, however, when she becomes embroiled in the mystery of the disappearing children, will she and Jophiel be able to solve the mystery in time to stop the plot, or will it be too late and the flood bear down on India? This is a charming tale of friendship and how it can heal hearts, as well as having a healthy dose of mystery solving which will keep you entertained all the way through. 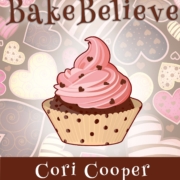 Swallowed by a Secret by Risa Nyman – Review by Amanda Glaspie

Follow Us!
Lighting the Path: Leaning into a Hopeful Future as a Special Needs Parent by... Tally and the Angel: Book One India by Eleanor Dixon – Review by Kerry...
Scroll to top