The Dream Catchers: PRESTORIA Series Book 1 by J.U. Menon
My rating: 5 of 5 stars

Radhika Varma is a young girl who lives with her brother and aunt, she has a normal life, she goes to school, has a best friend, she spends a lot of time at the library, or reading in her room and she has a vivid imagination, but in her dreams she sees lost family and the other usual things, but one day she sees someone in her dreams whom she has never seen before, the first time, she thinks nothing of it, however, as he appears more often and even when she is awake, she starts to get worried. One night, she is dreaming as usual when she suddenly becomes surrounded by darkness, apart from a spotlight in which the man in her dreams is sat in an armchair, when she asks what is going on, he just pours some tea and asks her to wait for others to join them and eventually ten others appear and this is when he starts to explain everything.

As Radhika listens to the old man, she is finding what he is telling the group highly unbelievable, apparently, he has been observing them and because of their imaginations, he has picked them and brought them to the land of dreams and nightmares, also known as Prestoria to take part in a Challenge which takes place every fifty years, this challenge involves them using their imagination to travel to a portal while overcoming the obstacles set before them. He says that they are now the Dream Catchers and that they will have until dawn each day to complete the Challenge, if they don’t get to the portal in time, they will be forever trapped in Prestoria and will lose their lives in the real world, but this night, they will be taught the basic skills needed to compete and to have a practice before the real tasks begin.

As she starts talking to some of the others in the group and tries to practice the skills, she is realising that she may not be as good as she is hoping to be, but she is determined to persevere throughout the Challenge, however, as it progresses and she tries to help others in the group to win in the duels against mythical creatures and scenarios which test every aspect of their person, one Catcher in particular is determined to believe that she is not as wholesome as she appears and starts to set things up to prove this to the other Catchers, Radhika is suspicious, but only talks to a select couple of the other Catchers about it, they are the ones who don’t believe the accusations and know the truth. Will Radhika be able to complete the Challenge and prove to everyone that she isn’t the kind of person she is being made out to be, or will the accusations and ill wishes against her come to fruition and leave her in Prestoria forever? This is a thrilling race against time in a fantasy world, which will keep you on the edge of your seat and although it is a YA book, adults will enjoy it as well as you read along and share the experiences of the Dream Catchers. 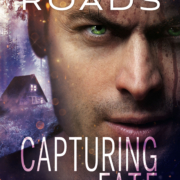