The Girl and the Gargoyle by Pauline Gruber
My rating: 5 of 5 stars

Lucy Walker is back and her life is still settling down between her near death experiences and finding out she is half-witch and half-demon and dating a Gargoyle, how much more interesting does it need to be? However, one morning when she is rudely awoken in the early hours of the morning by her best friend texting her and telling her that she is the luckiest girl alive, she is in no mood for games in her sleep deprived state, but she is hoping that she didn’t see her and Marcus on the rooftop the night before, or how he returned her fast asleep to her bedroom later on. However, what she sees after reading it is even more disturbing, her father, Jude is standing in her room and demanding to meet her great-uncles and basically stonewalling her attempts to discourage it, but it is only when and her uncles ask about the car parked outside the house that her brain eventually catches up with what is going on, Jude has planned this all along and so she has no choice but to invite him in and when Marcus turns up at the same time, she has no choice but to have everyone there.

As breakfast is served and conversation haltingly proceeds, Marcus struggles to control his inner gargoyle and Jude tries to hypnotise her uncles, Lucy is torn between the two and tries to get the event over and done with as quickly as possible so they can continue with their days as normal, but when Marcus explains his real reason for coming, Lucy is disgusted and terrified at the prospect of what it means. A few days after the visit, Lucy is trying to convince her uncles that she is happy living with them and their current lives, what she can tell them of it all at least and that they have no worries about her running off with Jude any time soon, meanwhile, between her combat sessions with her dad, witchcraft lessons with her neighbour and babysitting for her friends siblings, Lucy and Marcus haven’t had much time to spend together and when Marcus’s mother suddenly turns up on their doorstep looking for him, Lucy is shocked to say the least.

When he asks Lucy to meet him on the roof later on, he looks miserable and Lucy has a feeling it is something to do with his mother and she was right, it turns out that she wants to reconnect, as does his father and they want him to go back to their home to meet the rest of the clan, so when he agrees to meet his father and wants Lucy to go with him, nervous as they both were, what happens while they are there and the truth behind their reason for visiting becomes clear, Marcus’s father want to kill Lucy’s and he will stop at nothing to do it, but the kicker is that if Jude dies, so will Lucy. Will they be able to keep both Jude and Lucy alive in between everything else, how will they do it and who can they call upon to help? As it becomes clear that danger is lurking around the corner, Lucy isn’t sure whether she can trust Marcus’s family knowing what she does and what would she do if he decides to go with them to visit the clan? This fantasy adventure is a rollercoaster of emotions and filled with action which will keep you hanging on until the end to find out what happens. 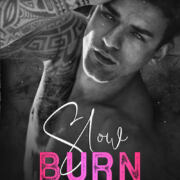 Follow Us!
The Sound of Silence AUDIO BOOK by Dakota Willink – Review by Lorralei... THE GOD (HER THREE IMMORTALS BOOK 2) by HAZEL STORM – Review by Ashley...
Scroll to top