Planet Perfect by Charlotte Roth
My rating: 5 of 5 stars

Where do I begin? I have been reading for years and can honestly say I’ve never read a book with a storyline that compares to this one. This was awesome and the way everything was described I could picture it all perfectly and felt like I was actually standing there watching all of this play out. It was also awesome to take a break for just a bit from the the traditional romance and meet a couple that had already been there and done that and were happily married.

Amy lost her parents years ago in an accident and was left in the care of her older brother Liam, who had been disabled in the accident that took their parents. They lived in the house their parents left them in a not so nice part of town and when Jack entered the picture he had to accept that Amy and Liam were a package deal, which he did wholeheartedly. Amy and Jack had been trying for years to have a baby, having to try other routes as Amy wasn’t able to get pregnant on her own. After many miscarriages and ending up broke, they were approached about a perfect place where all of their dreams could possibly come true and they could live in a place that had no violence, no crime, and no ugliness. With a little help from big brother Liam and the promise of a beautiful future they decide to move to this perfect walled community, which meant leaving behind her big brother Liam.

It doesn’t take long for Amy to start second guessing everything they have done. Things start happening that make perfect seem somewhat imperfect and knows in her heart she has to fix it. But how?

I have to stop there, Im so afraid I will go into too much detail and that can’t happen. You have to read this book…It was an awesome story that in a few parts I felt like I was going to break my kindle trying to turn the pages as fast as I could. Liam was so unbelievably fantastic in this story, I loved his character and wish for another book just so I can read more from him. This was my first read by this author and can not wait to see what else she has. 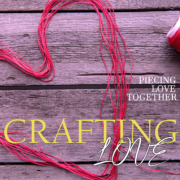 The Wanderer (The Sin Bin, #1) by Dahlia Donovan - Review by Jenni Bishop

The Shape of Trust (Stand by Me, #5) by Brinda Berry - Review by Michelle Austin
0 replies