Wren thought things were bad when her boyfriend’s father tried to frame her for murder. But that was before a hostile army showed up at the city gates, ready to swallow Maradis whole. And before guild members began disappearing one by one–including the Confectioner’s Guild’s newest Gifted recruit.

Wren, suspecting the king is to blame for the disappearances, undertakes a dangerous investigation that sets her on a collision course with old and new enemies alike. Will she be able to find the missing guild members before tensions boil over into outright rebellion? Or are the guilds willing to go further than she ever realized to rid themselves of the king’s tyranny…

Don’t miss this thrilling Book 2 in the Confectioner Chronicles!

Claire Luana grew up reading everything she could get her hands on and writing every chance she could. Eventually, adulthood won out, and she turned her writing talents to more scholarly pursuits, going to work as a commercial litigation attorney. While continuing to practice law, Claire decided to return to her roots and try her hand once again at creative writing. She has written and published the Moonburner Cycle, the Confectioner Chronicles, the Knights of Caerleon trilogy with Jesikah Sundin, and is currently working on several new fantasy series. She lives in Seattle, Washington with her husband and two dogs. In her (little) remaining spare time, she loves to hike, travel, binge-watch CW shows, and of course, fall into a good book. 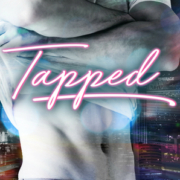 My Free Life: Prequel to The Brothers of Camelot (My Life Series book 3) by Necie Navone – Review by Susan Mowdy

Coming Home: The Sequel to Flowers in December by Jane Suen – Review by Jessica Leombruno

Follow Us!
Across From You by Amabel Daniels – Review by Tracy Wilkin