Eagle of the Empire by Martin Ferguson
My rating: 5 of 5 stars

This is a story of a long lost relic, brotherly love, adventure, danger and discoveries. It starts with Adam Hunter at school and up to his usual tricks, he is retrieving something from the teachers office and trying to do it without being caught, when he is back with his friends, one of his least popular teachers is calling his name and as he goes with his usual brand of cheek, they announce that it’s not about something he has done, it is about his older brother. We next see him arriving home to find his mother shouting at some visitors and being as unwelcoming as usual. It turns out that his brother has gone missing from his home, his job and his family and nobody knows where he is.

As the visitors leave, they ask Adam a question about his brother and when he doesn’t give the answer that they are after, they leave, but not without something going missing that belongs to his brother and because of this, Adam figures out where his brother has gone missing and the possible reason why.

Adam’s brother has found the possible whereabouts of the legendary lost Roman 9th Legion and their standard, but because of a warning from his brother, he doesn’t share the information with the visitors who his brother apparently worked with because he doesn’t feel like he can trust them.

As Adam embarks on the rescue of his brother, he defies everyone and goes it alone. He discovers that the way is not as easy as he originally believed and there are some dangers that cannot be fathomed.

This is a thrilling ride where reality, legend and mystery combine to create a journey and opportunity that do not come round very often. A thrilling race and what the outcome will be is anyone’s guess.

Will Adam find what he is looking for or will the others find it first? 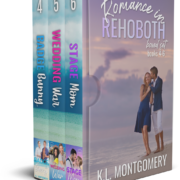 Follow Us!
Blessed: The Academy of Seraph by Brandi Elledge – Review by Chantelle... Love Comes In The Mourning by Erin Bevan – Review by Madison Degraffe...
Scroll to top