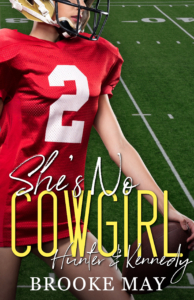 Hunter Masters wants nothing more than to get away from ranching.

Away from his family legacy his goal is to forge his own on the gridiron. Nothing will keep him from proving to everyone he is more than just the son of a former bull rider and a hardworking rancher.

Kennedy McGraw grew up in a world dominated by men. She was forced to hang up her cleats and put her football ambitions in the rearview. Now she has the opportunity to prove a woman is just as capable as a man in the sports world.

An accidental meeting in a locker room brings their worlds crashing together. Hunter has always been too focused on football to date but Kennedy changes his mind with her dodges.

As compelled to Hunter as Kennedy is, she does her best to keep him at arm’s length until she is forced to attempt their connection.

But a secret has the ability to tear them apart.

When all goes well, an article by K.D. comes out and could destroy their fledgling relationship.

Can they trust each other enough to overcome a scandal? 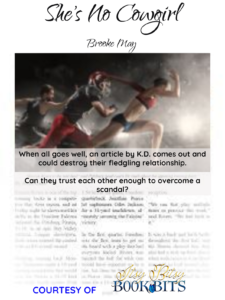 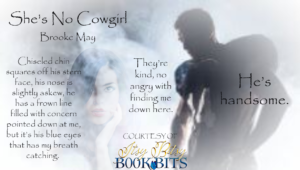 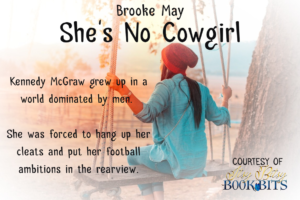 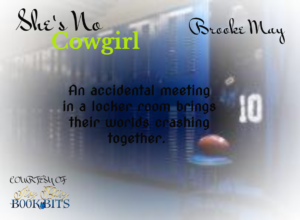 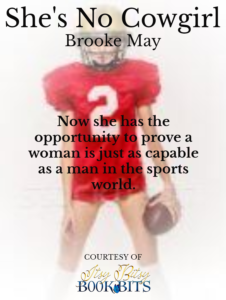 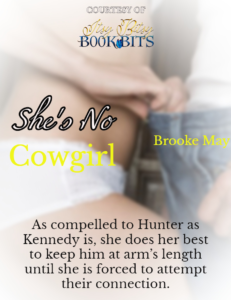 Romance author Brooke May spends her days writing whatever her overactive imagination has brewed up and her evenings reading while she works alongside her mom. Telling stories is second natural to her, from a young age she has told anyone who would listen what she had thought up. Now, a mom of two, she splits her time writing, playing with her kids, and of course, hiking, hunting, fishing, and four-wheeling in her beloved Bighorn Mountains.

AUTHOR INTERVIEW WITH BROOKE MAY 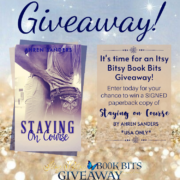 The Nearness of You by K.G. Fletcher – Review by Sarah Oakes

The History of the Universe: As My Soul and I Remember by Stuart Ledwith, PhD – Review by Kerry Baker