Makayla is back for year two at the Grave Digger Academy, she spent the end of last year segregated from her friends and dealing with all the snide remarks and open stares alone was tough, it wasn’t any easier when she was at home for the break, her brothers taunted her and her parents pretty much ignored the fact that she wouldn’t be changing Academies, nobody would be, the transfer position was withheld completely, so when she returns to the Academy, she is pleasantly surprised when her friends come up to see her at the entrance.

As the new year starts, the usual rules and regulations are set out, but before she can unpack, Makayla is summoned to the head mistresses office, she is expecting the usual warnings and being told to stay out of mischief, but what she doesn’t expect is to be thrown into the team for the inter academy face off this year, but then again, between the choice of that with her freedoms returned, or the Academy becoming a jail with a full complement of guards, Makayla knows which choice she will make.

The face off is between all the paranormal academies and the winners receive prestige and funding, both of which the Grave Digger Academy desperately needs, but they never seem to make the cut, they are hoping that this year will be different. The new year two teachers are introduced and classes are well underway when the team for the inter academy face off are chosen, it just so happens that Makayla’s friends are chosen to join in as well, but not knowing what they will come up against, they can’t really plan much, but Makayla has plans of her own.

When the Games roll around and the Academies players are in place, something seems wrong, it smells of rot and death and all journeys lead to the same place, no matter who travels or where they were originally heading and Makayla knows that this spells bad luck, but how bad could it get? In a world where mythical creatures and monsters abide and the Grave Diggers are the only ones holding them at bay, what new dangers lie in store for the group as secrets are revealed and truths realised in this fantasy adventure which will keep you on your toes throughout. 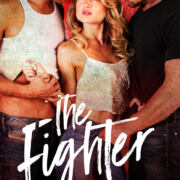 Follow Us!
More Text Than Sex by Jim Shomos – Review by Kerry Baker The Veil by Wanda Luthman – Review by Rebecca Hill
Scroll to top