Intoxication by Brandy Ayers
My rating: 5 of 5 stars

Chief Jon Gallo has never had a relationship, he is married to his job. He has dedicated his life to the Police force force and he would never expect a woman to understand that. His men are his family and he will stop at nothing to stop the crime moving into his community, he is about protecting what is his. He has spent his life alone but he has been content with that. That was until she walked into his station. It was only a chance sighting but it was enough for her to get into his head. He is too old for her and should not be having thoughts about her like he was but he couldn’t stop himself. She has disappeared without a trace, it has been months and no one knew where she is. The only thing he knows about her is that she is somehow involved with the drug ring that is taking over his town. If he finds her he has vowed to himself he will protect her.

Camille Artiga was in pre-med studying to be a doctor but had to leave that behind. She had lost her parents and she was supposed to be looked after, supported and cared for by family but when that family demanded she give up her studying, give up her lifelong dreams she had to take what she could get. had been preparing for a promising life as a doctor, when the person she should have been able to trust more than anyone forced her to give up her dreams for their own selfishness. Camille soon found herself thrown into a world of drugs and crime. A dark world with no compromises, a world that may very well kill her. That is until she manages to escape the horror she has had to endure and finds her way literally stumbling into the Middleburg Police Station.

Can Chief Gallo keep Camille safe? Will he take on more than he thought? Will Camille find her safe haven? Will she be able to escape the terror stalking her?

This is the third book in this series and I have enjoyed each and every one. What more could you want in a story? It is ​fun, sexy, and a quick read. Trust me you will enjoy this book to the very end. 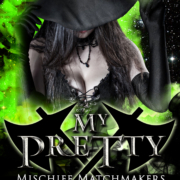 The Light at Dawn by K.L. Montgomery – Review by Emily Walsh