Mayhem by Autumn Sand
My rating: 4 of 5 stars

Tick lost everything that sent him into a spiral the only way out was to leave it all behind but for the life of him he could never forget, he didn’t want to forget. Tick is the right hand man to Tony Delaney, boss of the mob, a man he would give his life for, this man was his family. He has everything he needs. Woman with no relationships, the occasional hook up is all he needs to satisfy is basic needs. Money and power go hand in hand. He is a good guy but has done some bad things, things that had to be done. One thing he never suspected would worm its way into his life and change it all. After hearing screams Tick finds himself driven with a primal need to protect, to save with everything in his being.

Cyma was taught at a young age that life is not full of roses. In fact it is full of pain, misery, disappointment and most of all pain. Happily ever after does not exist, at least in her world and certainly not from the men who were suppose to love and protect her. No in her life she has one thing and one thing only to live for in this world and that is her beautiful and strong daughter, Lelia. Lelia is her life and no one nor anything will touch her, she will fight with all her might to make that happen. Cyma finds herself being saved by one gorgeous and sexy man that threatens to turn her world upside down but she can’t go there, too much is at stake, she has too much to deal with and fight for. When this man shows her his true feelings she is left reeling, not knowing which way to turn.

Can Cyma give this man a chance? Can she safeguard not only herself but her daughter as well? Will Tick risk everything for the one thing he wants? Is the risk worth the reward? Will Cyma finally find a new way of life?

I felt for the main characters, Tick and Cyma. They both have had to endure heartache. This story is full of emotions that will keep you on the edge of your seat. I really enjoyed it. I am sure you will enjoy it to. 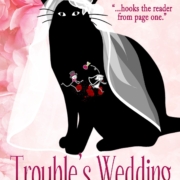 The Reason Why by Izzibella Beau – Review by Jana Teppih

The Light At Dawn by K.L. Montgomery – Review by Karyn Taylor
0 replies