The Mother-in-Law by Judy Moore
My rating: 5 of 5 stars

The Mother-in-Law by Judy Moore is a great 5 star psychological book. The characters were all very well written and the story line was fantastic.

Brad and his mother were the most annoying characters. I hated how Brad let his mother slide on everything, thinking she was always right. Brad’s mother Madeline is a real piece of work. She is a terrible human being and so conniving and vindictive, but she adds so much to this story.

Victoria is sweet, I really liked her character and how after marrying Brad she jumped right in to the mother role with his son. I really enjoyed watching her figure out that her mother in law was a big pile of crazy and trying to piece all the secrets the family had together.

In the end, all the family’s secrets come out and I was surprised by some but not by some others. I hated that Andy, Brad’s son, could remember different things and basically helped Victoria put the final pieces together. I was on the fence about the ending, I was pleased but also kind of sad at the same time. I would recommend this book to anyone who likes a good psychological mystery. This is usually not my type of genre but after this book I am itching to read more like this. 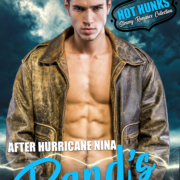 BECKONED, Part 1: From London with Love by Aviva Vaughn - Review by Jenni Bishop