Pardon Falls by Kimberly Packard
My rating: 5 of 5 stars

Phoenix is the second book in the Phoenix series by Kimberly Packard. This is a brilliant suspense/mystery- which kept me guessing the whole way through. As it is a continuation of the story, it really should be read AFTER reading book one first. There is a lot of backstory, character information and other important facts laid out in the first book which I think are crucial to getting the most out of this read. This book picks up pretty much where Phoenix finished off, and we get to follow as Amanda heads off on the next stop/s of her adventure.
Aa we discovered in the first book, Amanda Martin had a life that most would have envied. That is until a phone call has her world spinning out of control and the life she’d worked so hard to create came crumbling down around her. She had been played, by her boyfriend and implicated in the misappropriation of millions of dollars. She ends up on the run before stopping to assess her situation in a small country town called Phoenix. She decides the town would make a great pit-stop in her journey. She soon finds a place to stay and a job at the local newspaper. Her job introduces her to the local police officer, David, and even though Amanda tries to keep her distance, their attraction wins out in the end. But danger isn’t far away, and Amanda finds herself in a few precarious situations while investigating a cold case for an article in the paper. Then there is the fact that the authorities are hot on her trail. As book one finishes, Amanda has had no choice but to flee once more- leaving David behind with the knowledge of who she really is and what she’d done.
In this book, Amanda is back on her mission to track down her ex-boyfriend, Josh, for his part in masterminding the whole fraud and for playing her as well. She hadn’t expected for it to take quite so long to locate him. She’s focused her search to Mexico and will have to be quite ingenious in the way she approaches her search, sneaking over the border and back, without being detected. But what happens when she runs into David who’s now working on Border Patrol? Will she be able to find Josh? What has Josh been doing all this time?
This story has so much going on, it really is a ride you won’t want to miss. Again there is danger and threats from various sources which will have you on the edge of your seat, reading along to discover what happens.
This is such a well thought out, intricately woven story full of inter-connected details that had me scrambling to figure it all out and find out what was going to happen next. The story is multi-layered with duel stories running simultaneously. The author orchestrated the whole thing brilliantly and I was completely engrossed by what I was reading. The story is told from several POV’s which gives the story so much more depth, drama, and interest.
I really can’t wait to dive into book 3- I am really hoping the author doesn’t make me wait too long before it’s released, and I can get my hands on it!
A fantastic addition to the series! 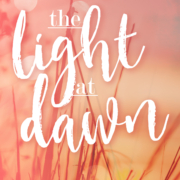 Death and the Crone: Book Three of the Lucky Devil Series by Megan Mackie – Review by Liz Vrchota

And The River Runs Deep: The Cold Case Murder Mystery of Leah Marcus by A.J. Ullman – Review by Debi Kircher

The Light at Dawn by K.L. Montgomery