BAILEY – Still single at twenty five. Not the future I had in mind.

If only I understood men. How they think. What they want.

So far, online dating is a bust. Until my new friend Carter agrees to help me.

He’s rugged and sexy in a brooding kind of way. Too be bad he’s got me in the friend zone.

Because the only man I want is him…

CARTER – From the moment we meet, I can’t stop thinking about her.

She’s everything any man would dream of having. But she’ll never be mine.

I’m broken and lost. I’m not good enough for her. No man is.

That’s why I’m breaking guy code and spilling all of our secrets.

So she won’t be subject to the manipulative ways of men.

Because Bailey deserves her knight in shining armor. Even if he’s not me…

AN AGREEMENT is a heartwarming standalone romance about what happens when a lonely entrepreneur meets a billionaire’s daughter. This is the third book in the Summer in New York series, which each feature a brand new couple who fall head over heels in the big apple.

Lindsay Marie Miller was born and raised in Tallahassee, Florida, where she graduated from high school as Valedictorian. At sixteen, she started writing her first novel after being inspired by Stephenie Meyer’s International Bestselling Twilight Saga.

An author of over a dozen romance titles, Lindsay currently resides in her hometown where she is always working on her next novel. 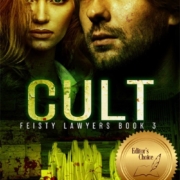 Bowled: Facing the Yorker of Love (To Love a Sportsman Book 1) by Pamela Q. Fernandes – Review by Bobbi Wagner

LOVE on the LINE, A Great Expectations Love Story: The Graykens, Book 2 by Laurie Lewis – Review by Felicia Bates

Getting the Goods by Elizabeth Perry
Scroll to top