The Dating Itinerary by Brooke Williams 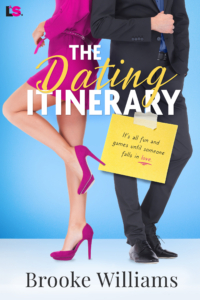 As if it wasn’t bad enough to be deemed the “most single person” at her magazine’s office, budding reporter Penny has now been tapped to write a series of features called “The Dating Game.” From speed dating to Tinder, old-fashioned matchmakers to up-and-coming “dark dating,” Penny now has to go on a lot of dates. Silver lining: meeting new people should be fun, right? But running into her old rival, George, at her first dating event is decidedly not. Not only does the arrogant know-it-all have zero trouble attracting women, wherever Penny goes, somehow he just. Keeps. Showing. Up.

Geo knows he’s right on the cusp of writing success with the chance to have his own syndicated column. All he has to do is follow his agent’s ideas for showcasing different dating avenues, and he’ll pull in enough to help his sister’s non-profit women’s shelter get off the ground. Sure, his itinerary is starting to look strangely similar to his old rival Penny’s, but all’s fair in love and syndication, right?

The more they look for love in all the wrong places, though, the more they start to wonder if it was right in front of their noses all along. Still, the brutal dating scene just might end them, if these two don’t kill each other first. 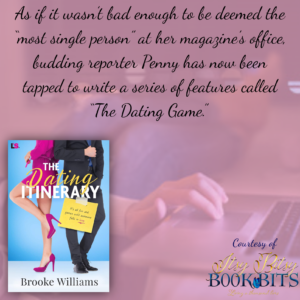 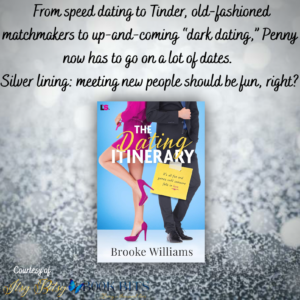 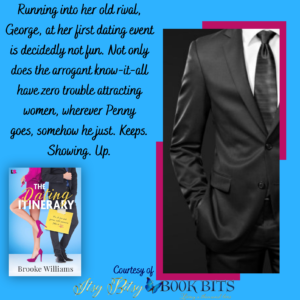 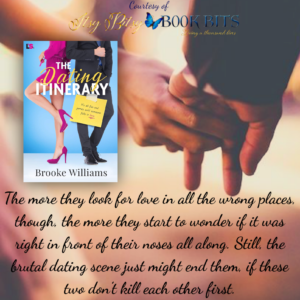 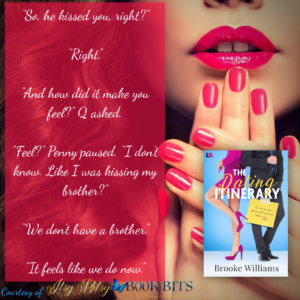 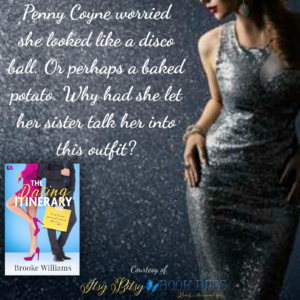 Williams is a radio producer/freelance writer/author. She works feverishly during school hours so once the bell rings, she can spend all of her time with her two daughters, ages 11 and 7. Brooke wrote her first book in kindergarten, but hopes her more recent foray into romantic comedy is a much better effort. When she isn’t writing for clients, working at her part-time radio job, putting away load after load of laundry, or playing UNO with her girls, Brooke enjoys reading, long walks, baking, and falling asleep on the couch by nine at the latest.