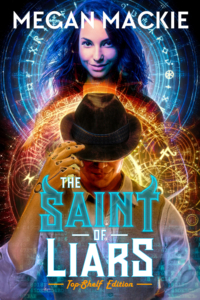 Rune Leveau knew the peace couldn’t last.
As warring factions converge on The Lucky Devil bar, she finds herself in the center of a battle of bullets and magic.
The corporate entities that ruled Chicago aren’t through with the Finder yet and the other powers-that-be don’t intend to be left in the dust. Between the Kodiak Corporation, the Magic Guild, and the Faerie King himself, everyone’s after Rune.
The real prize? The Masterson Files, a computer program with the impossible ability to cast magic.
Everyone seems to think Rune is the key, but she doesn’t have a clue what happened to her former husband or his revolutionary code. Despite the lies between them, the only person she can turn to is cybernetic corporate spy, St. Benedict.
Can she trust the Saint of Liars to help her answer the one question that matters to her most: Where is Justin Masterson? 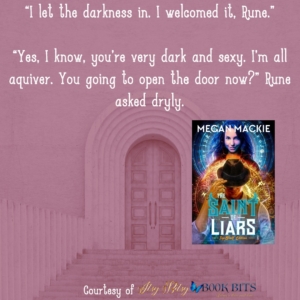 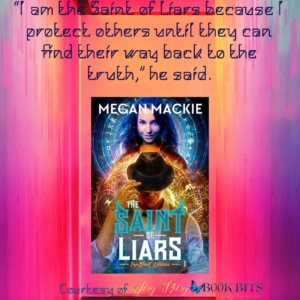 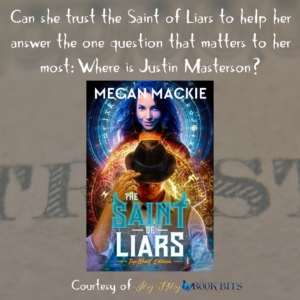 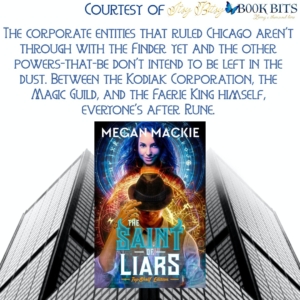 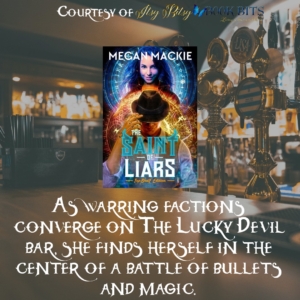 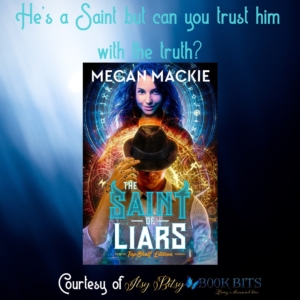 Megan Mackie is a writer, actor, and playwright. She started her writing career as an indie author and had such smashing success in her first year with her inaugural book The Finder of the Lucky Devil, that she made the transition to traditional publishing. She has become a personality at many cons, recognizable by her iconic leather hat and engaging smile. She has recently joined Bard’s Tower, a mobile con bookstore, and has sold her books next to great authors such as Peter David, Melinda Snodgrass, Dan Wells, Claudia Gray, John Jackson Miller, and Jim Butcher, to name a few.

She has published four novels including: The Finder of the Lucky Devil, The Saint of Liars, Death and the Crone, and Saint Code: The Lost through eSpec Books. She is also a contributing writer in the role-playing game Legendlore soon to be published by Onyx Path Publishing.

Outside of writing she likes to play games: board games, RPGs, and video games. She has a regular Pathfinder group who is working their way through Rapanthuk. She lives in Chicago with her husband and children, dog, three cats, and her mother in the apartment upstairs.