Mann in the Crossfire: A Jarvis Mann Hardboiled Detective Mystery Novel by R. Weir
My rating: 5 of 5 stars

Jarvis Mann Private Detective is back with another case to solve, but first he has to serve papers to a cheating husband, who does not take kindly to the event, he is a minor celebrity and thinks that the world owes him, but Jarvis takes him down a couple of pegs and makes him see sense, especially when he can call multiple witnesses who can back up his side of the event. While he is staking the place out, he receives a visit from a past associate and is given some news he finds sad and distressing about a guy he worked with from time to time in the past who had been through some tragedy of his own, it turns out that he has been murdered while working on something and in a most similar fashion to another event in his life, so Jarvis takes the case on to find out what happened to him and more importantly why, so he goes to tie up some loose ends with the soon to be ex wife, packs a bag and takes a late morning flight out to San Diego so he can make a start.

He leaves the airport, rents a car and checks into his hotel, all his expenses are going to be paid, so he doesn’t have to worry about running low on money, so when he is all settled in, he heads to an appointment he has made with one of the local cops to take stock on what he knows and shares information he has, he wants to be able to work with the local law enforcement and not step on toes too much, but this cop is friendly and more than happy to work together with him on the case. The next meeting he has is with his associate’s former boss, it is purely to ask a couple of questions and double down on the information he already has, as well as to read his body language while the questions are asked and answered. The meeting goes as expected and afterwards he goes to the scene of a past crime to talk to the neighbours and see if he can glean any more information before checking in with the cop to share what he has found. This all leads to one person, but unfortunately, Jarvis and his cop friend end up encroaching on gang territory and they are not happy to see them or having them dig around in their business, however, they come out of the encounter clean and tidy, but not without a warning to stay away. Jarvis wants to talk to the leader of the gang about the reactions he saw as they were driving away, so he tries to set up a meeting to see what he can glean.

In the meantime, he has discovered that he has a tail and when he confronts the individual, it turns out that it is another Private Detective who is looking into him, but the details are sketchy and Jarvis isn’t sure he believes what he is hearing, but he doesn’t have much time to think on it when he tries to follow more leads and lands in hot water, this time, however, he doesn’t come out unscathed and is sent back to Denver in a world of hurt, but with more information than when he started. As he recovers and returns to San Diego, Jarvis is determined to discover who is behind everything, but he also realises that he may be in over his head and has to call grudgingly for reinforcements, but the ones he has to call could make things easier and harder all at the same time, but which way the pendulum will swing is anyone’s guess, but will he be able to find the answers he is seeking, or will he get caught in a crossfire which is not of his own making? This is a thrilling mystery with twists, turns, secrets and revelations throughout which will keep you on the edge of your seat throughout as you try to solve the mystery at the same time. 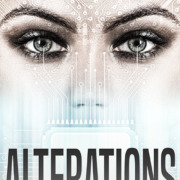 The Book of Carraig by Andrea Matthews – Review by Erica Shoebridge

Follow Us!
Caim (Antipodes 4) by T.S. Simons – Review by Erica Fish Lines by Leon: Poems, Prose, and Pictures by Leon Stevens – Review by...
Scroll to top