Scepter of Flint by N.L. Holmes
My rating: 4 of 5 stars

Lord Hani is back again as has maintained his role as a royal scribe despite everything which has happened over the last seven years and this year, the King is holding a Great Jubilee of the Aten, a celebration of his rule and that of the Aten over the two lands, this is an unusual occurrence this early in a King’s reign, however, this King enjoys the processions and fanfares of celebrations and this one is no different, the sun is beating down on the crowd and nobody is comfortable, so Lord Hani leaves as soon as he can. As the celebrations continue with feasting, gift giving and religious festivals, Lord Hani is called upon again to conduct an investigation, however, this time it is a series of tombs which have been robbed and this crime is one of the most unforgivable, so Lord Hani knows a lot is at stake.

As he starts to look into the robberies, he discovers a deeper plot within the machinations of the group suspected, however, Lord Hani can understand why the local workers may have been led astray when he sees the conditions in which they are living and working, however, information and evidence is not forthcoming. Lord Hani being the compassionate man that he is, goes back to see one of the people he has interviewed and this is when he finds out that someone else is investigating the robberies as well, however, this other person is doing their best to undermine Lord Hani while doing whatever it takes to get a quick closure, but all is not as it seems when Lord Hani finds out just how deep the rabbit hole goes.

As he digs deeper into the mystery, Lord Hani again becomes the centre of attention and is being surveyed, however, the danger is coming from all around him and again he worries about just whom he can trust in the Royal Hall of Correspondence. Will Lord Hani be able to find the evidence he needs to solve the mystery of the robberies before anyone else is hurt, or will he succumb to those trying to stop him? This is another tangled web of a mystery which will lead you along a twisted, but intriguing path with a series of clues which will hook you in to solving the mystery at the same time. 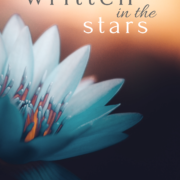 Deepest Midnight: Book One of the Immortal Kindred Series by Clara Winter – Review by Heather Bahm

Written in the Stars (Fallen Eagles MC) by T. Birmingham

Our Unexpected Hope by Michelle Sullivan – Review by Jana Teppih