This book contains scenes of a graphic and sexual nature, only those over 18’s only should read this.

Zachary “Ice” Wentworth is the head of the Domestic Law Enforcement Unit within Chase Security, he has worked his way there from being an ex Navy SEAL, all the way up, but he is still recovering from the loss of a female operative who was also his submissive partner. Saoirse Kennedy is an US Attorney and is extremely good at her job, she is brave, determined and beautiful, but she is also naive in matters of the heart.

Zachary is travelling back home after visiting San Diego for an operation, as he approaches the airport departures ready to check in his luggage and his firearm, he notices a woman ahead of him in the line who is also checking in a weapon, but she is having a lot more problems than he is doing it, so he steps in and then asks to speak to the supervisor about it. This leads to them introducing themselves and parting ways, that is until she ends up sitting next to him on his flight, she is easy to talk to and conversation flows easily between them, but she is guarded, but nevertheless, Zachary can’t deny his attraction to her. He offers her a ride to her destination in the city, but unbeknownst to either of them, she is attending a course in undercover work which Zachary just happens to be running. As the course proceeds, there is one person who Zaxhary realises is underqualified and although she is allowed to finish the course, his dissatisfaction is reported back to her supervisor.

Thinking no more of the situation and a few months pass until Saoirse turns up at the Unit headquarters asking for a meeting with Zachary with a conference call with Martin Bailey at the same time, but what he hears is not what he expected, it turns out that an undercover female officer has been murdered while on assignment to infiltrate a trafficking ring and the woman in question was the same one who was on the same course as Saoirse. As the conversation deepens it turns out that they want Zachary as a dominant to train Saoirse as a submissive to enable her to try and infiltrate the same ring, but he is uncomfortable and unsure as to how to proceed given his past and when it turns out that Saoirse wasn’t given the full details of what would be happening, he isn’t so sure that either of them will be able to do it.

As Zachary digs deeper into the files associated with the case, he can see that there is more than meets the eye and that the target for the investigation is a rich businessman with a lot of connections, plus that there have been ten other undercover female operatives who have died as well. As Saoirse is trying to decide whether to take this case on, Zachary throws her in at the deep end and takes her to observe exactly what being dominant and submissive entails, she is shocked and as things get more serious, she opens up to him and agrees to try. Will Zachary and Saoirse be able to get her trained up and ready in time to carry out the infiltration, or will they become too drawn into their roles to distinguish between their reality and their personas? Will their feelings come between them and the mission, or will they be able to trust each other enough to get over the barriers in their way? This is a suspenseful thriller which draws you into another world as you follow the investigation and infiltration until the end to see how the story concludes. 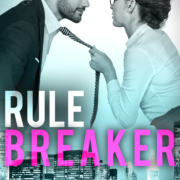 Better To Have Loved by Christy Nicholas – Review by Katie Matthews