The Myder Bird Tattoo by Julia Colbourn
My rating: 5 of 5 stars

The Ellisians are a race who value the females in their society, they have a matriarchal hierarchy and the boys are rushed away from their mothers immediately after birth as they have no value to them and grow up to serve in the military as Brethren, even the baby girls are nursed by the Cadian’s. The Cadians are another race whom the Ellisians believe are beneath them, they live in clans outside the palace walls and only the females are brought within to do the menial tasks the Ellisians believe are below them. Both of the races have their own values to society, the Cadians are broad shouldered and hard workers, but they are subdued by a force the Ellisians control called the Negaforce, it is an innate ability which is more prevalent in the females than males which is another reason they are discarded to the sidelines.

Within the royal line, there are many females within the palace walls, although a new queen can only be selected upon the birth of another female to one of the royal line, however, these children can be as different as any normal family, but one is more different than the rest. The youngest daughter of the queen is unlike her siblings, she prefers the outdoors, has a quiet temperament and keeps to herself, while her elder sister is paranoid and full of cruelty and malice. One day the youngest daughter is sent on a trip to visit a neighbouring town where she spends time when not studying in the palace, on her way back, she is attacked and this starts a chain of events in this young Ellisian’s life. She escapes from one danger into another, where she is rescued and learns things about herself she never suspected, but what she finds out later is that the Queen, her mother is dead and her sister barely escaped her own demise, but this has meant that she is now in charge and is a leader with more bloodlust than even those before her.

As this young Ellisian learns about her past, present and future, she makes a decision which will affect not only her life, but that of those around her, but will the decisions she makes be for the good of all, or will she be unable to conquer her fears and lead those who need it to make the realm a better place? This is a fast paced adventure in a fantasy land where secrets abound and nothing is as it seems in a small realm with big problems which pulls you along the current of the unfolding events until their conclusion. 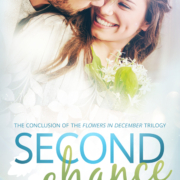 Caught by Him by Tammy Mannersly – Review by Jessica Leombruno

LOVE on the LINE, A Great Expectations Love Story: The Graykens, Book 2 by Laurie Lewis – Review by Felicia Bates