Murder at Honeybee Lake by Jessica Aiken-Hall
My rating: 5 of 5 stars

This is a book which is only for those over 18 due to the triggers it contains within.

Randy Fletcher is a best selling author of children’s horror novels and is celebrating the anniversary of his boyfriend Ben moving in with him as a couple together in a boat on Honeybee Lake, or at least they were until a knocking sound on the outside of the boat annoys Randy enough that he convinces Ben to have a look, however, when he finds a dead body attached to a rope underneath the dock, their plans are immediately forgotten and the police are called. Randy doesn’t want to believe what he is hearing but Ben’s reaction to the situation convinces him it must be true, so as they wait for the cops to show up, they go back down to the lake and support each other but they end up arguing, especially when Ben hides their relationship from the cops by saying that he is just a friend, it doesn’t help when the cop is dismissive of the whole situation and state that they can’t see as it is too dark and that they will have to come back in the morning to confirm it instead. Ben is stunned by their nonchalance and ends up taking it all out on Randy when all he wants to do is help, they manage to talk it through and spend the rest of the evening trying to forget about the body in the lake.

The next day the cops come back to the house and have the same bad attitude as the day before, but one is eventually convinced to get into the lake and take a look, when they do, it is confirmed that there is a dead body and that it is a crime scene so they have to call in a team to remove it, while they are doing that, they send Randy and Ben back up to the house to wait, but not before another argument. Meanwhile, Mandy Blake is having snuggles with her daughter when the phone rings and her wife brings it to her saying it is her brother Randy and he sounds awful and when he tells her what is happening at his house, her first thought is to go there and support him and Ben, but he delays that telling her there is nothing she can do, he just needed to talk to someone about it all, so she asks her sister in law Tessa if she has heard anything from Randy, but being busy herself, Mandy isn’t surprised when she doesn’t get an answer until later on. Five hours later and the body is on its way to the morgue but with no further information about who the person is, apart from it looks like they have been there a while, so with nothing else they can do, Randy and Ben try to take their minds off it and decide to try and get some sleep.

Mandy is still trying to get her head around what Randy told her over the phone and has a bad feeling about the whole situation, which is confirmed when she sees a bunch of missed calls and messages saying Randy has been taken in for questioning, Randy is waiting for her there in an interrogation room when two men in suits enter and start demanding that he tells them what is going on so that they can get on with their day, but when he clearly states multiple times that he has no idea what they are talking about, they reveal the identity of the body and Randy is completely taken aback and decides to ask for a lawyer before they go any further with their questions. When they leave and Mandy comes in, all the emotions he has been holding spill out when he tells her he has just found out that it is someone from his past better left forgotten and she is as dumbfounded as he is. They leave together and after everyone has returned home, this is when Tessa calls back, this is when she decides to communicate with the victim and see if they can help figure out what happened. When things take a turn for the worse and evidence is collected, fingers are pointed and confusion, temptation and betrayal reign, will Randy, Mandy and Tessa be able to unravel the mystery of the body found in Honeybee Lake, or will the past come back to haunt them all with deadly consequences? This is a triller with a paranormal twist which keeps you guessing all the way through, as you try to figure it all out as you go along the journey with them. 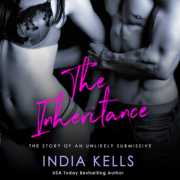 The Inheritance, The Story of an Unlikely Submissive AUDIO BOOK by India Kells

Bowled: Facing the Yorker of Love (To Love a Sportsman Book 1) by Pamela Q. Fernandes – Review by Dawn Daughenbaugh

Renegade (The Mercenaries #1) by Raven White – Review by Jenni Bishop

Follow Us!
Antipodes by T.S. Simons – Review by Erica Shoebridge My Lips Are Sealed (Sealed With a Kiss Book 1) by Carmen Richter – Review...
Scroll to top